Here you will find the books in the Arek Lancer series and where (and how) to buy them. 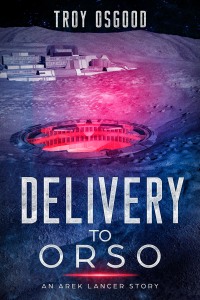 Arek Lancer, independent freight hauler, just wants to pick up a cargo from the port of Buhin. But a chance encounter with an old “friend” from his military days forces Lancer to take on a cargo to deliver to the Yortusk, one of the most feared criminal organizations in the galaxy. If he doesn’t deliver the cargo, he’s a dead man. If he delivers the cargo, he’s a dead man. Will Lancer be able to get out of the mess before either side ends his life?

The Last Child
Published on May 26, 2018
Kindle eBook, Kindle Unlimited and Print

Arek Lancer just wants to deliver his cargo to the mining asteroid and find a new shipment. A former Earth Expeditionary Forces Special Operations soldier, Lancer left that all behind to become an independent freight hauler that is barely getting by. Hopping from one solar system to another, answering to no one but himself, he’s enjoying the life except for the somewhat frequent trouble that comes his way.

He’s hoping to get off the mining asteroid CU145792 without encountering any of that trouble. All is going good until a new kind of trouble runs into him in the form of a thirteen year old kidnapped Thesan girl being pursued by the Tiat.

As much as he might not want to, Arek will find himself drawn into the girl’s world, fighting to protect her and finding out why she is The Last Child.

The planet Storw has only days before a rogue asteroid impacts and destroys it. A cracked moon and planetwide storms have stopped the mass evacuations and in desperation they send out messages asking for help from anyone willing. Freight hauler Arek Lancer responds. His ship, the Nomad’s Wind, can’t carry many but every Storwo saved matters. 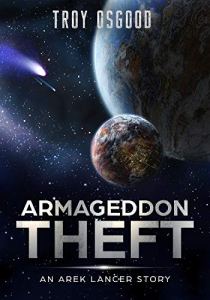 Arek and his ship need a payday and helping out the Storwo, there won’t be one. But sometimes you have to do the right thing.

He soon wishes he had ignored the distress call.

Among the refugees is a stowaway, a thief that has stolen a Storwo artifact to sell on the black market. It’s not Lancers problem until the thief makes it his.

Will trying to save lives end up costing Lancer his?

Arek Lancer thought his days as part of the Earth Expeditionary Forces was over. He’d left the life of a Spec Ops soldier behind over five years ago.

But when his former commanding officer needs him, Lancer finds himself right back into the middle of a cold war between Earth and the Tiat Empire.

The past returns with a vengeance when Lancer is tasked with assaulting a place he had been once before, an asteroid that houses a Tiat research station.

He escaped the asteroid once. Will he do it again?