At an upcoming event I’ve agreed to talk about the genre and need to start getting my thoughts in order. My new series, Sky Realms Online, is lite litRPG. But what does that mean? END_OF_DOCUMENT_TOKEN_TO_BE_REPLACED

I saw this article and it connects nicely with my long term plans for The Taleweaver’s Song. END_OF_DOCUMENT_TOKEN_TO_BE_REPLACED

I’ve mentioned this a couple times already, so I suppose I should explain just what it is.  Once The Skeleton Stone is published, a separate page will be created on the site but for now this is what Taleweaver’s Song is:

I’m a big Dungeons and Dragons fan, always have been.  I never got a chance to play much, but the mechanics and idea behind it always fascinated me.  I had a lot of the manuals and a couple campaign settings.  It was always the Forgotten Realms that interested me the most.  I devoured that stuff.  From the books to the modules and especially the characters.

Taleweaver’s Song is two things: a series of books and a pen and paper roleplaying game campaign setting.  The setting will be developed on the Barking Fire Publishing website.  Each new book will contain codex pieces that will be added to the setting to expand it and make it unique to the world of Merelein.  This is an experiment of sorts.  The books will stand on their own, you won’t need to have interest in the campaign setting to enjoy the books, and vice versa.

Where will all this go?  Good question.  I have ideas of where I want it to end up, but that’s all up to the readers and gamers.  It won’t be a failed experiment by any means, because the books are happening no matter what.  The campaign setting is just a side project that could go somewhere else or not end up being anything at all.

So that is what Taleweaver’s Song is.  It’s a series of books taking place on the world of Merelein and it’s an RPG campaign setting.

You get a free book! 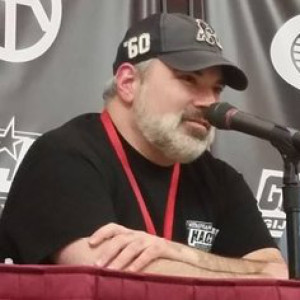